When you write the word as many times as I do, you desperately need to find other names for coffee.  Fortunately, there is lots of coffee slang, nicknames for coffee, and coffee synonyms to choose from.

I’ve picked some of my favorite coffee terms for this list, and I’ll also dig deeper into a couple of the more interesting names to answer why coffee is called Joe, where names like Java and Mocha came from, and more!

Grab your cup of Joe. brew your bean juice, or pour your sludge — it’s time to have some fun with coffee slang.

Coffee names from its appearance

Not surprisingly, black coffee nicknames often come from its similarity in appearance to oily or dirty liquids.

We drink energy to get us up and running. Even though we’ve since learned that caffeine doesn’t give energy so much as suppress fatigue, the names and reputation of the brew still stand. 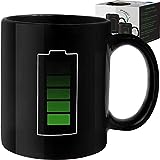 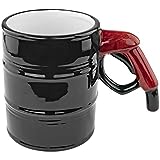 Even low-acid coffees are more acidic than water. Of course, most of the beverages that we drink are, but the flavor of the acid is far more prominent in coffee. Whether you love or hate that acidic goodness, you’ve got to love the coffee lingo it inspires.

Coffee names that are more literal

Sometimes the best names are right under your nose. These coffee terms are based on the way coffee is made or what it’s made from. Sure, these might not all apply to every cup of coffee, but we use them universally anyway. 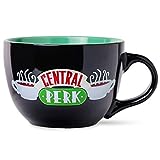 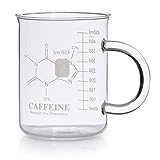 I’ll go into more detail on each of these names in the next sections. Their origins are just not as obvious as the other coffee terms we’ve seen so far.

Why Is Coffee Called Joe?

The first known printed reference to a cup of coffee as a cup of joe appears in a book from 1936. The true origin of the name, though, has been lost to history. There are four common theories.

Why Is Coffee Called Java?

17th-century Dutch traders brought coffee to the Indonesian island of Java. At first, only coffee from that island was referred to as Java. It wasn’t long before Java became a primary supplier of the world’s coffee, leading the name to become linked to the drink itself rather than just beans from that one source.

Although Sumatran coffee beans may be the most popular Indonesian coffee now, Java has left a much deeper cultural mark on coffee drinkers everywhere.

Why Is Coffee Called Mocha?

The port of Mocha in Yemen played a critical role in the early days of coffee’s proliferation. Ethiopian coffee beans made their way into Yemen as a somewhat unknown commodity, and Mocha helped the beans rise to worldwide fame, becoming a primary exporter of the plant for several centuries.

Just like Java, Mocha was a name for beans from this region that became largely synonymous with coffee itself.

Times change, though. The port of Mocha is no more. Now, if you order a Mocha in the average coffee shop, you’ll probably get a caffè mocha, a chocolate-flavored latte that has nothing to do with Yemen or the port of Mocha.

In the late 19th century — back when Mocha still just meant coffee — a new word arose: Jamocha. This word was a combination of Java and Mocha and became another slang term for coffee.

As the meaning of Mocha has changed, so has jamocha, which is far more likely to be a chocolate and coffee concoction nowadays instead of just a regular coffee.

You are technically correct, which is the best kind of correct. The Brits will likely always reserve that word for tea, but we Americans tend to get British slang wrong. Sometimes, and this is one of those cases, this leads to whole new meanings for words.

Don’t try to use cuppa to ask for a coffee in Britain or around Dr. Who fans in the US, but you are probably safe otherwise.

Origin of the Word Coffee

The name Coffee has been used since about 1582 when the word entered the English language from the Dutch word koffie. You can trace that word further back to the Arabic qahwah which actually refers to a type of wine.

The origin of qahwah is harder to determine. It might trace back to the Kingdom of Kaffa in Ethiopia, where the coffee bean originates. It could come from the Arab word for a lack of hunger (qahā) or the word for power or energy (quwwa).

Of course there are! Even within the English language, there is a wide range of slang and colloquial terms for coffee, a real tribute to the popularity of the beverage. And this is not even accounting for all the variants of coffee like espresso.