This phrase has led to a lot of confusion amongst coffee fans. It doesn’t help that there have been so many other “third waves” in everything from water to automation.

So what is third wave coffee? In order to fully understand the current era of coffee, we need to look at coffee’s first and second waves. Then, we’ll talk about coffee’s third wave, a few famous third-wave coffee brands, and what might be coming next.

First Wave Coffee Was a Commodity

The first wave of coffee treated all coffees equally. Origin, preparation, and even type of beverage didn’t matter. A cup of coffee was a cup of coffee.

This era started in the 1960s and saw the introduction of canned coffees, instant coffees, and diner coffee. The goal was to make coffee accessible, consistent, cheap, and plentiful. That meant grocery store coffee shelves and free refills in some restaurants, amongst other changes.

The first wave is probably most famous for the goliath coffee businesses that it spawned. When you think of first wave coffee, think Maxwell House and Folgers.

Second Wave Coffee Was an Experience

Commodity coffee sucked. When only quantity matters, quality suffers. In the late 1960s and 1970s, a few companies started to push back on the commoditization of coffee.

Peet’s Coffee was an early figure in the second wave, but Starbucks deserves much of the credit. Love or hate their coffee, Starbucks ‘ marketing campaigns made many of us realize that coffee can be a luxury experience.

Starbucks and other second-wave coffee shops brought several new (or often old) types of coffee drinks to the awareness of the average American. Most notably, espresso and espresso drinks like lattes and cappuccinos started to become viable alternatives to drip coffee.

As the second wave progressed, countries started to highlight unique flavors and characteristics of their coffee to distinguish themselves from commodity coffee competitors. This was particularly prominent in the competition between Brazilian coffee brands and Colombian coffee brands.

So What Is Third Wave Coffee?

Third wave coffee is a holistic, artisanal approach to coffee, similar to wine connoisseurship and culture.

The third wave of coffee is looking at everything that makes a batch of coffee unique, including the bean’s origins, the growing and cultivation methods used, processing and harvesting steps, and the roasting process.

Third-wave coffee emphasizes a cultural aspect of coffee, with a focus on education, exploration, and promoting sustainability. The commodity nature of first wave coffee completely goes away, although many of the changes from the second wave remain.

The new drinks introduced in the second wave are still popular in the third wave, but they’ve been joined by pour-overs and other newer brewing styles. While lattes offered a brand new experience, many third-wave drinks aim to reach the pinnacle of coffee quality without the use of extra ingredients or additives.

The types of coffee makers available for home use have improved dramatically during the third wave. Automatic pour-over coffee makers and the AeroPress are just a couple of examples of the innovations that are allowing home baristas to brew coffee shop quality coffee in their own kitchens.

The Origin of Third Wave Coffee

The first known reference to third-wave coffee was in a 1999 issue of the Trade publication Tea & Coffee Trade Journal Asia. The term didn’t really start to gain popularity until 2003 when a coffee professional, Trish Rothgeb, included it in her article for the Roaster’s Guild Newsletter.

Even after Trish’s mention, the name was mostly used internally in the coffee industry until it was picked up by National Public Radio (NPR). A 2005 episode of All Things Considered used the term while covering the preparations baristas were making for a national barista competition. The name quickly took off after that moment.

Several coffee roasters have participated in third-wave coffee, but three early pioneers paved the way for all the rest. Their importance to the movement has earned them the title of the “Third Wave Big Three”. 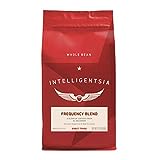 Intelligentsia led the way in direct trade practices, an important component in the social aspect of third-wave coffee. Direct trade is a direct collaboration between the roaster and the coffee growers. The roaster pays the growers at least 25% above the Fair Trade price and, in turn, the farmers commit to sustainable social and environmental practices.

They also played a role in popularizing in-season coffee. Freshness is an important aspect of third-wave coffee, but most coffee regions only have a single harvesting season each year. In-season coffee maximizes freshness by taking additional care in planning order amounts around harvest cycles to ensure that coffee beans are never more than nine months old at order time and always fresh-roasted just before shipping.

Although they were purchased by Peet’s Coffee in 2015, Intelligentsia is still a mainstay in the Chicago coffee scene, and their black cat espresso is a beloved favorite of espresso drinkers.

Stumptown is most well known for their coffee blends, but their contribution to the third wave extends far beyond quality blends. They built up an impressive list of single-origin coffees at a time when single-origin just wasn’t a term the average coffee drinker knew or cared about.

Community outreach at Stumptown helped to spread the word about the latest and greatest advances in third-wave coffee. They hosted popular cuppings and homebrew demonstrations that gave people an easy introduction to the new world of coffee options. They even sold homebrew equipment, which gave their customers the chance to continue using their new skills outside of Stumptown’s events.

Like Intelligentsia, Stumptown was acquired by Peet’s coffee in 2015. 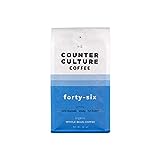 Counter Culture Coffee offered a level of transparency that was necessary to build consumer trust in third-wave coffee. Notably, they supplied publicly available annual reports on sourcing and pricing that were unrivaled at the time. 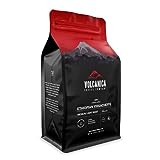 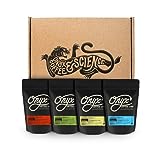 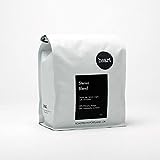 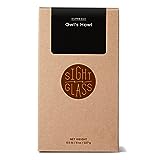 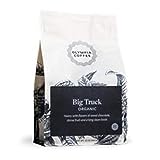 Is There a Fourth Wave Coffee?

Not yet, but that doesn’t mean one isn’t coming. There are rumors that fourth-wave coffee might shift the focus to the scientific advancement of coffee growing.

Cultivation of new coffee plant species, refinement of nutrient-rich soils, and improved harvesting techniques are already in the works. It’s possible that these could be the beginning of the next big coffee revolution.

But who knows, the fourth wave could be something entirely different. Or maybe it won’t happen at all. From Vietnamese coffee brands to Honduran coffee growers and Sumatran coffee beans, over 70 coffee-producing countries are trying to discover the next big thing. What an exciting time to be a coffee lover!